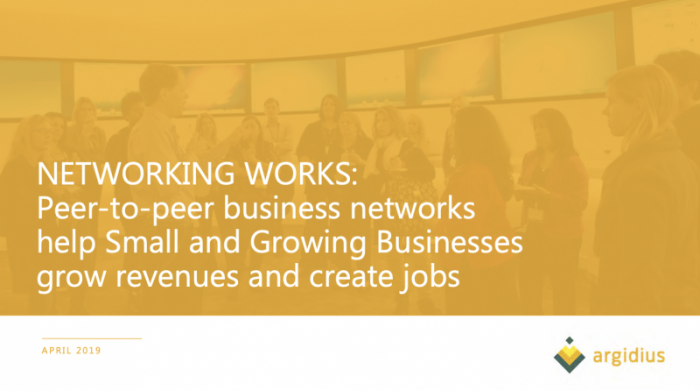 Posted at 15:13h in CEED, Insights by Mara James
Share

Earlier this month the Argidius Foundation published a report featuring CEED titled: Networking Works: Business Network Organizations help Small and Growing Businesses grow their revenues and create jobs. The report explored the impact that networks can have on business outcomes and found that intentional business networks can generate growth of small and growing businesses (SGBs) over a sustained period of time in a cost-effective manner.

Argidius studied two organizations, Enablis Senegal and our very own CEED Moldova,  and found that in both instances, network-based approaches to supporting SGBs have had significant impact on job creation and revenue growth. Both organizations were found to have created new jobs (more than 700 full-time positions together, 380 at CEED Moldova) in a more efficient manner than other types of interventions as demonstrated in the Argidius Foundation graph at right.

The report also found that:

“The Dalberg report for the Argidius Foundation was great validation for the CEED approach. It showed the power of leveraging peer groups to help SGBs. Well-run groups help SGBs make better decisions that lead to better growth,”