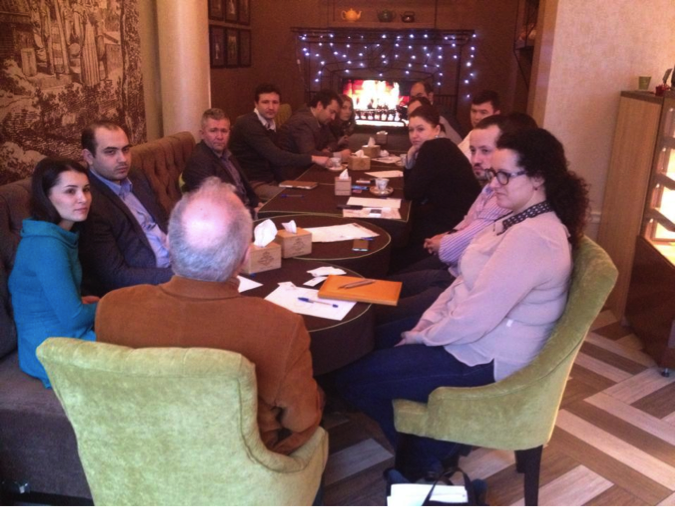 CEED Moldova was launched in June 2013 in order to contribute to the development of the Moldovan entrepreneurial eco-system. Since the launch CEED Moldova has organized two groups of CEED Grow entrepreneurs and plans to launch a CEED CEOs Club later this year. CEED Moldova has 27 local mentors, and 3 international mentors including Jeff Hoffman, Founder of Priceline.com, Sanna Koritzand, Founder of Create Business in Montengegro, and Daniel Ray, Founder of Xylo in Lithuania.

What Entrepreneurs Say About CEED Moldova

Oleg Anghel, Owner and Director of Vorang Group, says “CEED Grow helped me develop and improve my entrepreneurial skills. It helped me manage not only my professional activities but my personal ones as well. I find the workshops very useful because the topics are presented in a very practical way and the speakers don’t give only theory, but a lot of practical examples. The topics are well chosen and help me structure the knowledge in the best way.”

Vadim Oleinic, Founder and Director of DC Contabilitate: “CEED Grow provides training for busy entrepreneurs. CEED Grow gave me the confidence I needed to take my company to the next level. After each workshops, I want to go back to the office and implement what I learned to improve my company.”

Radu Corlateanu, Director of IntherSoftware Development: “I recommend CEED because taking part in it means getting a lot of benefits and the investment is returned. CEED is a platform for personal development, inspiration, motivation and networking. The workshops have already had a positive impact on me and my company and I still have a lot of ideas that require further processing. CEED helps entrepreneurs take the next step.”