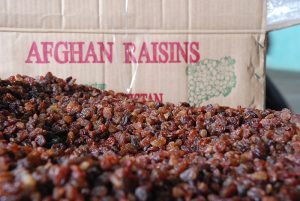 In partnership with the Overseas Private Investment Corporation (OPIC), SEAF established Afghan Growth Finance (AGF) in May 2007 to address the market gap faced by small and medium enterprises (SMEs) in obtaining growth capital in Afghanistan. Over the past decade, AGF offered a broad mix of financial products coupled with market appropriate support services that enabled Afghan entrepreneurs to lower their overall cost of capital and to accelerate their growth. In 2018, SEAF divested its position in AGF.

Supporting Entrepreneurs During a Period of Conflict

SMEs are the foundation of a growing and stable local private sector in Afghanistan. As with most developing countries, Afghan SMEs make up the greatest proportion of the nation’s employment base and are a vital part of the local economy, providing the majority of available goods and services. With the proper support, these businesses have the potential to play a much larger role in the development of the country but are held back by a lack of access to capital from local financial sector institutions currently operating in the country. Beyond AGF, access to affordable growth capital for SMEs was virtually nonexistent.

Most commercial banks in Afghanistan avoid lending to SMEs, viewing them as costly, high-risk credits. Instead, these banks focus on “safer” options such as financing larger local or multinational corporations and NGOs. While understandable given the realities of Afghanistan’s local banking sector, this approach dims the prospects for sustainable development by ignoring the necessity of growth via a bottom-up capital formation. This growth is a key factor in the job creation necessary in the fight to reduce poverty and mitigate income inequalities.

AGF worked with companies across all sectors, placing special emphasis on agribusiness and processed agro-industry, manufacturing, transport, storage, services and technology. AGF investments targeted companies that used inputs available in Afghanistan and adding value to promote domestic production and industry. Over the course of ten years in Afghanistan, including several years of continuing conflict in the country, AGF made more than 40 investments that improved local companies and demonstrated the ability of entrepreneurs to overcome difficulties but to find prosperity in tough times.