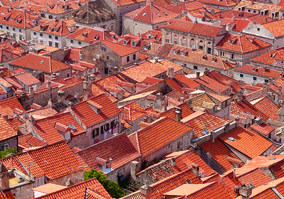 The SEAF Croatia Fund was initially established in May 1997 in recognition of the need for Croatian SMEs to develop as rapidly as possible in the wake of the war between Croatia and Serbia. In addition to the disruption and confusion following Croatia’s transition away from socialism, the war further stymied the efforts of small businesses to access essential risk capital to help them grow. With an initial focus on war-torn regions, SEAF Croatia provided 22 small and growing businesses with both long-term capital and business assistance, bolstered by SEAF’s growing Central and Eastern European network. SEAF’s investments included a number of companies in the war-torn provinces of Slavonija, where the fund’s companies grew in eerie juxtaposition to the bombed-out skeletons of homes and water towers.

In 2001, as SEAF expanded further into the Balkans through the creation of the SEAF Trans-Balkan Fund, SEAF Croatia was incorporated into the new regional fund and received additional capital to expand its investment in SMEs in the country. Croatia has since emerged as a relatively high-income market economy, supported by a thriving SME sector. SEAF’s successful investments in Croatia include a producer of fully mechanized mine-detecting machines (that now exports its de-mining vehicles all over the world), a leading consumer electronics retailer, a leading pharmaceutical distributor and successful IT companies.