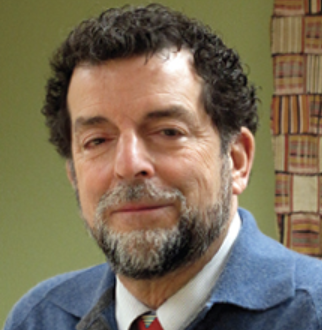 Posted at 20:34h in Insights, News by Mara James
Share

It is with great sadness we reflect on the recent passing away of Michael Levett—our long-serving board member and friend these past 26 years. SEAF was only five years old when Michael joined us as a board member, and it is safe to say the organization would not be what it is today without Michael’s contributions and guidance over those many years. He never deviated from his conviction in the power of the private sector to deliver inclusive, equitable and sustainable solutions to benefit underserved communities, and of their importance to multiplying economic activity and employment with local and regional enterprises. Michael was also a constant voice at SEAF in favor of focusing on impact and the benefit the entrepreneurs provided their employees, communities, customers, and suppliers, and ultimately, the countries in which we were active. From his leadership of the corporate social responsibility movement of the 1980s, Michael was impact before impact.

Over the years, Michael served as a trusted advisor not only to SEAF but to a variety of institutions and enterprises, creating and supporting policy-and-program initiatives, often at the intersection of private enterprise and public and social sectors. He brought a unique domestic and frontier market expertise in business, media, and non-profit domains. His career encompassed the LA Times, where he worked as a reporter following his B.A. and J.D. from UCLA; the White House, where he served as a Fellow during the Nixon administration; Hollywood, where he notably worked with Dino de Laurentiis and George Lucas; organizing the Soviet Union’s first rock concerts and the serving as the first CEO of the Business for Social Responsibly.

Michael also believed in networking and in matching experience with new growth. As the driving force in establishing the Citizens Democracy Corps—now PYXERA Global—he passionately encouraged thousands of American entrepreneurs and businessmen to share their experience and skills, including many of SEAF’s entrepreneurs, first in Central and Eastern Europe, and later across the globe. This belief also made him a driving force in SEAF’s establishment of CEED, the Center for Entrepreneurship and Executive Development, in 2006. That organization has since trained over 35,000 entrepreneurs around the world.

Michael’s own entrepreneurial activities—from his introduction of merchandising of Star War figures with Lucas Films to his attempt to introduce US-style popcorn to the new Russia—made him a favorite of our global family, as did his messages at our global retreats of humor and persistence in all our endeavors.

Following PYXERA, Michael served as a Senior Associate at the Center for Strategy and International Studies on the Project on Prosperity and Development for nearly a decade. He served as a constant resource for the institution and could be frequently in attendance at their countless events over the years focusing on international development. In that capacity, moreover, he focused on the expanding global forced displacement crisis– a pursuit in which he connected SEAF with a variety of organizations, including the Refugee Investment Network, who we are now partnered with on the Fund for Refugee Economic Empowerment and Development.

Michael had been ailing around the turn of the year, but came back strong, including attending SEAF’s most recent board meeting that lasted for seven hours. He was greeted at lunch by the entire DC office, and his return celebrated with a round of applause and cake.

Michael was a good friend and committed to SEAF employees. He was deeply funny, and his wit – in addition to his stewardship – will be sorely missed. After some time debating (which Michael would have appreciated) how best to honor his memory, the Board has decided that SEAF will establish an annual fellowship in his name. We will be sharing more details on that in the near future. In the meantime, we look forward to the gathering to celebrate Michael’s amazing life, details of which will follow in a notice.

All of us at SEAF are thinking about his family, including his partner Isabell Hill, his children, Kate Levett, Christopher Levett, and Kate Krasnicka, and his grandchildren Charlotte Prescott and John Calvin Krasnicka.

We will remember you always, Michael.