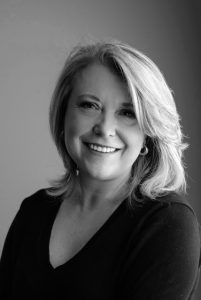 November 30th, 2020 – Washington, D.C. – SEAF is delighted to announce the appointment of Agnes Dasewicz as co-Chief Executive Officer. She will serve alongside co-founder and current CEO Bert van der Vaart over a one-year period to allow for a smooth transition.

Bert van der Vaart said: “We are so happy at Agnes’ decision to join and ultimately lead SEAF. She uniquely understands the importance of blending enterprise-led development with responsible financial investment, promotion of entrepreneurship, and national and international development policies. I am excited to work with Agnes during her transition to the CEO position and thereafter.”

Agnes has more than 25 years of private equity, development, and impact investment experience, beginning with her work at SEAF as one of its first full-time employees in the early 1990s. After graduating with an MBA from Georgetown’s McDonough Graduate School of Business, Agnes went on to serve as an investment professional at one of the first large private equity funds in Eastern Europe, AIG’s New Europe Fund, and as a manager at the International Finance Corporation (IFC), where she led some of IFC’s first impact investment transactions. She co-founded the Grassroots Business Fund (GBF), a $60 million impact investment fund, and as Director at the U.S. Agency for International Development (USAID), launched Power Africa, the Obama Administration’s lead initiative on the continent, and brought significant investment from the private sector towards sustainable development goals.

Most recently, Agnes has been working with major philanthropies to catalyze private investment to underserved areas in the U.S., serving as a Fellow at the Rockefeller Foundation, and helping launch the Kaufman Foundation’s Capital Access Lab, an initiative to spur the formation of funds that increase capital investment to underserved entrepreneurs. In 2018, she returned to SEAF to serve on its Board of Directors.

Javed Hamid, Chairman of the SEAF Board of Directors, stated: “I have worked with Agnes for the last two years, and I am thrilled that she is joining our organization. Her appointment is part of succession planning, and as SEAF continues to grow, I am confident she will build on our past successes and make progress on new opportunities ahead of us. In particular, Agnes will build on SEAF’s extensive fund investment experience in emerging markets and draw on her more recent domestic experience to launch a SEAF U.S. entity that will support underrepresented fund managers and diverse entrepreneurs in communities across this country.”

Agnes grew up in Poland, where SEAF made its first investment in 1992, before migrating to the U.S. as a teenager. She is proud that she came from an entrepreneurial family, which started and operated several agri-ventures even during the challenging communist period. Reflecting on her appointment, Agnes said: “I am honored and excited to have been selected to work with Bert to lead this amazing organization during a time when we especially need to support entrepreneurs all over the world to create solutions to help communities recover and build resilience to meet future challenges.”

SEAF is a global impact fund management company headquartered in Washington, D.C., that invests in small and medium-sized enterprises in emerging and frontier markets. SEAF seeks financial returns as well as impact on economic and social development and provides technical assistance to improve the performance of the enterprises. Over 30 years, SEAF has managed $1.2 billion through 40 funds in over 30 countries. SEAF also supports nine Centers for Entrepreneurship and Development (CEED) around the world (www.ceed-global.org), providing training, mentoring, professional networks, and global access to entrepreneur-run businesses. For more information, visit www.seaf.com.