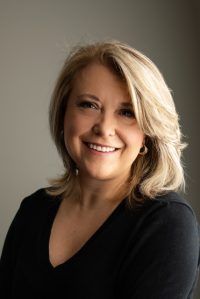 Washington, DC – November 1st –SEAF is delighted to announce the appointment of Agnes Dasewicz as Chief Executive Officer. Agnes was hired as Co-CEO in November 2020 and has been serving alongside Co-Founder and former CEO Bert van der Vaart for the past year to ensure a smooth transition and the effective operation of SEAF. Bert is taking on the role of Executive Director and will continue his role as a valued member of SEAF’s Global Investment Committee.

Bert co-founded SEAF in 1989, and in the more than 30 years since, SEAF has since grown from a pilot grant from USAID to provide equity to a small injection molding shop in Costa Rica into a leading global impact investor, managing more than 40 funds with over 400 investments across 33 countries.

In his new role as Executive Director, Bert will continue supporting SEAF through participation on SEAF’s Global Investment Committee, lead and support teams with portfolio company investments and exits, as well in on-the-ground roles with SEAF’s funds in the Caribbean and Morocco. Bert will also support Agnes in efforts to position SEAF as the leader in emerging and frontier market impact investing: “We are so happy Agnes is taking over as CEO today,” Bert stated. “She uniquely understands the importance of blending enterprise-led development with responsible financial investment, the promotion of entrepreneurship, and development—both international as well as national.”

Prior to her naming as Co-CEO in late 2020, Agnes joined the SEAF Board of Directors in 2018. She has more than 25 years of private equity, development, and impact investment experience, beginning with her work at SEAF as one of its first full-time employees in the early 1990s. After graduating with an MBA from Georgetown’s McDonough Graduate School of Business, Agnes went on to serve as an investment professional at one of the first large private equity funds in Eastern Europe, AIG’s New Europe Fund, and as a manager at the International Finance Corporation (IFC), where she led some of IFC’s first impact investment transactions. She co-founded the Grassroots Business Fund (GBF), a $60 million impact investment fund, and as Director at the U.S. Agency for International Development (USAID), launched Power Africa, the Obama Administration’s lead initiative on the continent, and brought significant investment from the private sector towards sustainable development goals.

Agnes grew up in Poland, where SEAF made its first investment in 1992, before migrating to the U.S. as a teenager, along with her family. She is proud that she came from an entrepreneurial family, which started and operated several agri-ventures in Poland even during the challenging communist period.

Reflecting on her appointment, Agnes said: “I am honored and excited to have been selected to lead this amazing organization during a time when we especially need to support entrepreneurs all over the world to create solutions to help communities recover and build resilience to meet future challenges.”

Small Enterprise Assistance Funds (SEAF) is a global impact private equity manager focused on providing growth capital and operational support to small and medium-sized enterprises (SMEs) in emerging markets. Utilizing an ESG+ investment approach, SEAF selectively makes structured debt and equity investments in locally-owned enterprises with high growth potential to actively build resilience within SMEs themselves and more largely within their communities, focusing on climate, food security, and inclusion. SEAF is a global organization headquartered in Washington D.C., with 15 offices in Central and Eastern Europe, Latin America, the Caribbean, Asia, the Middle East, North Africa, and Sub-Saharan Africa. Over the past three decades, SEAF has managed more than 40 Funds across 33 countries. SEAF’s on-the-ground presence in our countries of focus, coupled with our proactive and responsive business model, enables us to source opportunities and work closely with local entrepreneurs, providing the capital, hands-on operational support, knowledge, and networks they need. SEAF also supports fifteen Centers for Entrepreneurship and Development (CEED) worldwide to provide training, mentoring, and global access to professional networks and entrepreneur-run businesses.