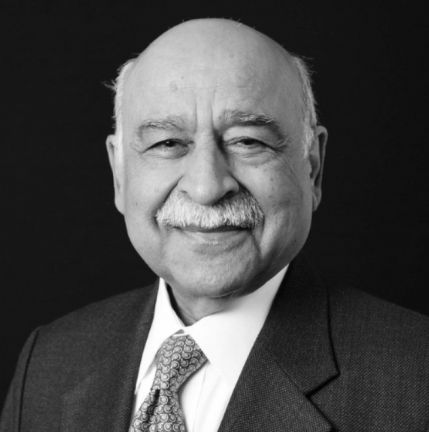 Washington, DC – Small Enterprise Assistance Funds (SEAF), a leading impact investor focused on small and medium-sized enterprises in emerging and frontier markets, announces that Javed Hamid has been elected as Chairman of the Board. Bert van der Vaart, SEAF’s prior chairman, will remain on the board as well as continue as President and CEO.

On Mr. Hamid’s election, Mr. van der Vaart stated: “SEAF is very fortunate to have Javed agree to serve as our Board’s Chairman.  Javed’s many years of experience at highly responsible roles at IFC, his numerous board memberships and his co-founding of the Lahore University of Management Sciences (LUMS) gives Javed a unique understanding of both SEAF and CEED, as well as local and international business realities in emerging and frontier markets. Javed also assists IESC in working to link business experts with SMEs—of core importance to SEAF. We are confident that Javed will make a big impact on SEAF!”

Javed Hamid thanked the Board and stated: “ I am honored to be elected as the Chairman of the Board of SEAF, which is a leader in impact investing. I look forward to working with Mr van der Vaart and the rest of the Board to fulfill the mission of SEAF to improve lives of people through entrepreneur-led development”

Javed Hamid joined the Board of SEAF in 2013. Currently serving as a Senior Advisor to the International Executive Service Corps, Mr. Hamid’s career was primarily at the International Finance Corporation (IFC) of the World Bank Group. At IFC Mr. Hamid was a member of the Management Group, and Director for the East Asia and Pacific Region. Mr. Hamid has also served as senior advisor and board member of several companies across the globe, and was a non-resident Fellow of the Brookings Institution in Washington, D.C. He has been a regular speaker at the World Economic Forum as well as a contributor to the Asian Wall Street Journal, the Far Eastern Economic Review, and many academic journals.

Mr. Hamid was educated at the University of Punjab and Cambridge University, and received his MBA from the Harvard Business School.

About SEAF
SEAF is an SEC registered investment adviser to international private equity funds through which it has invested growth capital and provided business support to growth-oriented SMEs in frontier and emerging markets. Having made more than $500 million in SME investments across a wide range of sectors, SEAF’s funds identify and support promising entrepreneurs in businesses with potential for high economic impact while seeking to provide attractive returns to its investors. SEAF manages its funds through a network of 25 offices around the world, with its headquarters in Washington, D.C. For more about SEAF, see www.seaf.com.