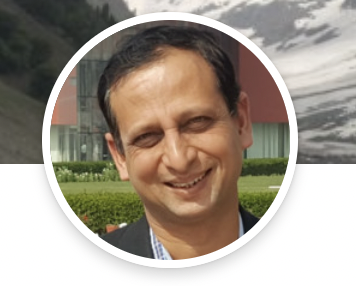 Investing in ‘cattle’ as an asset class

VC/PE players have an opportunity to make attractive returns by investing in cattle aggregation models.

The same contrast applies to the Green and the White revolution version #2 which we are witnessing now. In agriculture, the focus is moving from production to higher processing levels where as in dairy, we are moving from the processing to “higher and quality milk production”.

In order to achieve higher quantity and better quality of milk, unprecedented investment is happening in rural and semi-urban India in the dairy supply chain. For the first time in Indian dairy history, there is emergence of thousands of “cattle aggregation” models which is very distinct from “farmer aggregation” model, which was the fulcrum of milk collection in the first phase of White revolution in 1960s and 70s.

While cooperatives and private dairy will continue to play an important role in the dairy industry, the cattle aggregation model is surely going to change the way milk is going to be produced, collected, processed, transported and marketed. We are seeing emergence of thousands of cattle farms across the country with herd size typically varying from as low as 20 to as many as 10,000 cattles per farm with median hovering around 100 cattles per farm.

It is co-incidental that cattle aggregation model in rural India is developing at the same time when we are seeing successes of many aggregation models in urban India in many categories like taxis (Uber, Ola); grocery (BigBasket, LocalBanya, PepperTap), restaurants/food delivery (Zomato, Foodpanda, Tinyowl), etc. The common theme across all aggregation models, whether urban or rural, is to make supply chain more efficient and improve quality standards of product and services.

What are the factors which are driving this change?

– The demand for dairy products has seen an inflection point in last five to seven years. Amul took about 35 years to achieve $1 billion turnover and took just another seven years to go from $1 billion to $3 billion and now targeting to go from $3 billion to $6 billion in next five years. Other dairies have also demonstrated similar growth trajectories over last five-seven years. This surge in milk demand is driven by an increase in consumer base as well as increase in per capita consumption. The total milk consumption in India stands at $45- 50 billion per annum growing at CAGR of 8-10 per cent.

– It is not just the absolute demand for milk and milk products which is increasing but also the nature of demand is changing. There are two components to it.

– Traditionally, neighbourhood gaushalas used to be the source of such milk which has become unviable because they became part of city limits pushing the real estate cost higher.

– Last, but not the least, there are several instances of milk adulterations and malpractices in milk supply chain. According to a study published in 2012 based on survey by FSSAI, as much as 70 per cent samples of milk were found adulterated. The common adulterants are urea, detergents, edible oil, formalin and liquid hydrogen. All the adulterants are toxic in nature and have severe impact on health. Like for instance, there is a belief that early onset of puberty among Indian kids is attributed to excessive hormones given to cattle during lactation.

Increased consumer awareness about milk quality is opening up a huge market for pure and unadulterated milk. This is precisely the reason behind mushrooming of thousands of cattle farms in the last few years. Interestingly, the target consumer for high quality milk (which is usually sold at significant premium) is not just the affluent class but also many middle class families who are more concerned about their kids’ health.

Components of investing in cattle farming

Given the significant demand potential for high-quality milk, many entrepreneurs have started cattle farming. For the last several weeks, I have been receiving at least one proposal per week for investing in cattle farm.

As a thumb rule, the investment required in buying cattles and putting plant and machinery is Rs 2-3 crore (excluding cost of land) to start a cattle farm with herd size of 20-50.

Cattle feed is another big investment opportunity in India and with emerging cattle aggregation models; it is easier to market, test and monitor the results on milk productivity. Many cattle farm owners are also doubling up as distributors for the feed companies.

Many Indian and international vendors are available for dairy and feed machinery including IDMC, De Laval, Dairymaster and Keenan Systems. Next generation technology is making inroads in cattle farming. Many cattle farmers are now using RFID tags and GPS based devices for cattle tracking and monitoring coupled with cloud based systems for cattle farm management.

The models can be scaled on two dimensions.

In both cases, exits are possible given the continued interest of PE funds in investing in dairy supply chain as well as imminent entry of international dairies who want to buy controlled milk production systems as provided by cattle farms. Even many Indian dairy firms such as Chitale and Parag have demonstrated successful integration of cattle farms in their businesses and it is very likely that other Indian dairies also want to develop in-house milk production capabilities through cattle farms. Many corporates like Sahara group and  DS group are also working on building large-scale cattle farms.

It is estimated that there are about 10,000 cattle farms in India at various stages of construction. With a conservative investment figure of Rs 3 crore per farm, about Rs 30,000 crore is being invested or getting invested, mostly funded through equity because debt is scarce for start-up dairy farms.

Investors have to evaluate the huge market demand for quality milk in context of execution and management risk. I will conclude by saying that VC/PEs have a unique opportunity available now to make attractive returns in the White revolution version #2 by investing in emerging cattle aggregation models across India.