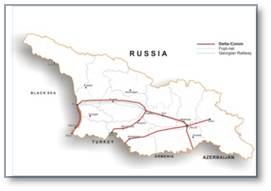 Tblisi, Georgia—Global impact investment manager SEAF announced that, through its SEAF Caucasus Growth Fund, it has made a follow-on investment in DeltaComm, a Georgian information technology company.  SEAF made its first investment in Delta Comm through the SEAF Georgia Regional Development Fund in 2009, and successfully exited the company in 2014.

The investment will be used to expand its regional presence in the retail sector, mainly through the establishment of an Optical Fiber Network (OFN) and delivery of internet service throughout Georgia, including the rural areas of Eastern Georgia.  In Georgia, the internet telecommunication market is one of the several industries that experienced continuous growth since 2003 remaining relatively strong through the 2008 war and global crisis. However, strong sector growth has only driven internet penetration rate to 37%, with much of it inferior to the technology that Delta Comm will provide.   In addition, Delta Comm is initiating a training program that will provide technicians the skills necessary to upgrade the national ISP infrastructure.

Delta-Comm Company was founded in 2002 by two entrepreneurs. In the first year of operation, the company made considerable advances and grew into a large supplier of computer equipment and software packages. In 2004, Delta Comm expanded its area of expertise by implementing the unique DeltaNet project that transformed it into a leading backbone internet service provider. Today Delta-Comm is the largest supplier of IBM and Cisco Systems equipment.