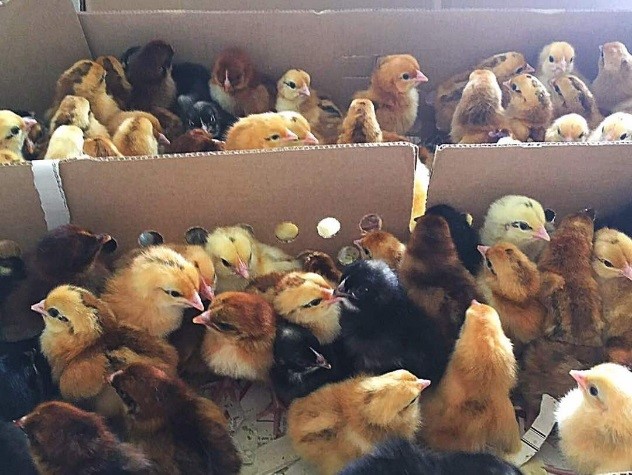 DAR ES SALAAM, TANZANIA – SEAF, a global impact investment manager, has invested in AKM Glitters Company, Ltd (“AKMG” or “the Company”), an integrated poultry business in Tanzania that aims to promote quality poultry and poultry feed for small-scale farmers. AKMG will use the investment to fund the expansion of its poultry feed production unit, construction of a storage warehouse as well as working capital. The transaction fits SEAF’s investment criteria in Tanzania, which focuses on supporting key agriculture value chain actors, including intermediaries and input suppliers, in order to improve productivity and economic opportunity among small-scale farmers. The investment also aligns with SEAF’s impact-driven mission to identify and support women-owned firms that meet SEAF’s goals for development impact and financial returns.

Established in 2007, AKMG has gradually built a business focused on two primary products: day-old chicks and poultry feed. In 2017, AKM Glitters, in partnership with the World Poultry Foundation, which is supported by the Bill & Melinda Gates Foundation, began to expand and modernize its chick production unit. The Company acquired two new poultry farms and is the largest of Tanzania’s three licensed parent stock farms of Kuroiler breed chicken, which are known for their productivity and sturdiness. AKM Glitters also rolled out a new distribution model that includes a wide network of primarily women-owned businesses that are trained to rear day-old chicks until 4 weeks old. These businesses, known as “Mother Units”, then sell the chicks, feed and other items to small-scale farmers. 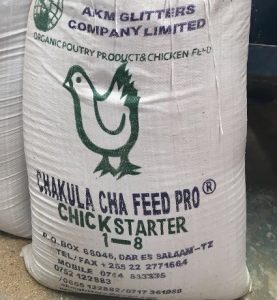 “By working with mostly female distributors in rural areas, we are able to support them in growing their own businesses as well as reach rural farmers and give them access to a high-quality breed of chicken and feed,” says Elizabeth Swai, founder and CEO of AKM Glitters Company, Ltd. “With SEAF, we know we have a partner that shares our commercial and development mission and will support us as we grow and expand our business.”

The Company expects to at least double its current production of poultry feed to align with the expansion of the day-old chicks brooder units. The Company currently contracts with 113 (as at June 30, 2018) Mother Units and projects to partner with at least an additional 150 Mother Units with a network of 25,000 small-scale farmers in the next three years. Moving forward, SEAF will also provide technical assistance, including poultry management training to AKMG’s network of distributors and small-scale poultry farmers.

“We are proud to support AKM Glitters as the Company moves into the next phase of growth”, says Ezra Musoke, Managing Director of SEAF’s Tanzania office. “In recent years, the Company has laid the groundwork to scale its operations and we’re excited to be a partner in their growth story and support their efforts to provide affordable and quality poultry products to farmers across the country.”

Tanzania’s poultry sector contributes approximately 3 percent of agricultural GDP in Tanzania (or 1 percent of total GDP). Among the country’s 3 million smallholder households, approximately 62 percent rear chicken for personal consumption and/or commercial sale. In Tanzania, small-scale farmers typically rear the majority (64 percent) of layer birds for commercial sale. As the population increases in Tanzania and urbanization rates along with disposable income continue to rise, poultry meat and egg consumption will simultaneously increase, as they have over the course of the last ten years. Between 2005 and 2015, egg consumption per capita increased from 46 to 78 annually, while the consumption of chicken increased by 44 percent.

About the AKM Glitters Company, Ltd.:

AKM Glitters is a leading company in Tanzania providing quality, efficient and effective services to chicken farmers to unlock potentials for growth and competitiveness in rural as well as urban areas while contributing to the economic growth of the country. The central purpose and role of AKM Glitters are to create and sustain an indigenous entrepreneurial base through the promotion of organic and indigenous chicken by providing them with business development services and technical training. www.akmglitters.com

SEAF is an SEC-registered investment adviser to international private equity funds through which it has invested growth capital and provided business support to growth-oriented SMEs in frontier and emerging markets. Having made more than $550 million in SME investments across a wide range of sectors, SEAF funds identify and support promising entrepreneurs while seeking to provide attractive returns to its investors. SEAF manages its funds through a network of more than 20 offices around the world, with its headquarters in Washington, D.C. SEAF also operates the Center for Entrepreneurship and Executive Development – CEED – an entrepreneur-focused program that provides advisory, mentoring, and networking opportunities across 13 global locations. www.seaf.com and www.ceed-global.org