Posted at 14:05h in Insights by Mara James
Share

SEAF’s 30th anniversary as impact investors was truly a remarkable one, thanks to the hard work of all of those across our global network. In 2019, we deepened our commitment to improving lives and communities through entrepreneur-focused investment across emerging and frontier markets.

During the course of 2019, we scaled our operations across the globe by launching a new fund, opening three new offices, adding new team members and increasing both SEAF’s and CEED’s footprint across the globe. We made a number of investments that will create impact in sectors ranging from agribusiness to fintech, while also achieving various successful exits. A key part of SEAF’s mission – facilitating sustainable development through local entrepreneurs – also benefitted from CEED’s further expansion. The following are some highlights we wanted to share.

Additions to the SEAF Team

SEAF welcomed Yasmin Saadat to its Board of Directors. Ms. Saadat currently serves as a Senior Fellow at the Hunt Institute for Engineering and Humanity at Southern Methodist University where she researches technology application in promoting an inclusive economy in low-income communities. Prior to her current position, Ms. Saadat spent more than 30 years at the World Bank and the IFC, working on macro and agricultural sector policy and lending operations in a variety of roles including as an economist, investment officer, and operations manager of trade finance portfolio facilities. She also spent some time with Potomac River Capital, a hedge fund focused on emerging markets. Most recently, Ms. Saadat served as the Product Head of the Commodity/Structured Trade Finance at the IFC where she launched and managed a newly created $1.5 billion line of business of structured trade finance with emerging market banks and global traders.

Bob Webster, who has been part of the SEAF family since his management of the SEAF Macedonia Fund in the early 2000s, was appointed Chief Operating Officer. SEAF’s international investment teams added Kurt Kisto, who was named Senior Managing Director for Latin America and the Caribbean, Leo Williams, who is heading our newly launched SEAF Caribbean SME Fund, Katharina Inkiriwang, as Vice President in Indonesia for the SEAF Women’s Opportunity Fund, and Patrick Longmire, as Managing Director leading SEAF’s investments in clean energy. The Washington, D.C. office also expanded with the additions of Brianna Losoya-Evora and Sheena Cooper to CEED and Eric Phommanirat and Stani Monova to the Accounting Department.

As SEAF expanded its team, the firm also established three new offices and achieved the first close of a key new fund. In 2019, three new offices were established.  The new office in Jakarta followed the firm’s first investment in Indonesia into a female-led artisanal bakery and popular café through the SEAF Women’s Opportunity Fund (“SWOF”). The office will be instrumental in expanding SEAF’s Women’s Economic Empowerment efforts, a gender lens investing initiative that is focused on expanding opportunities to female-led SMEs.

Offices were also established in Algiers (Algeria), resulting from our qualifying for a license to manage investment assets in Algeria, and in Kingston (Jamaica), in tandem with our successful first closing of our SEAF Caribbean SME Fund. That Fund was closed in October, with more than $40 million raised from regional investors and SEAF. The Fund is ultimately targeting $100 million and is investing in growth-stage companies in the English-speaking countries of CARICOM. Headquartered in Jamaica, the Fund will also have a representative office in Trinidad and Tobago, and work through agents in Guyana and Barbados. 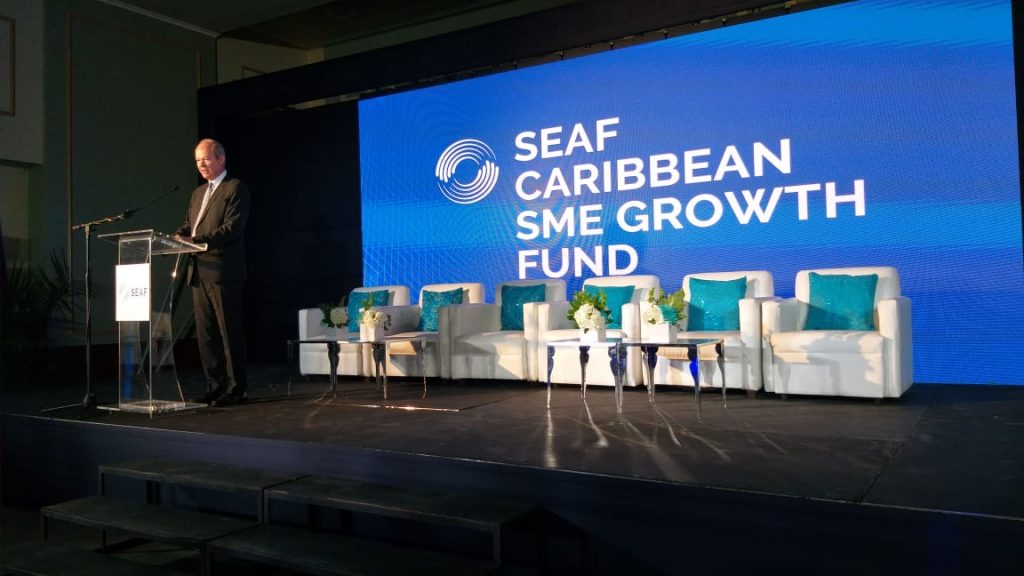 In addition to these new offices and this first closing, SEAF reached an agreement with FMO, the Dutchentrepreneurial development bank, to manage a special account targeting SMEs in Turkey and the Caucasus region, with investments projected to begin in the first half of 2020. SEAF was also awarded a commitment from the US International Development Finance Corporation (formerly OPIC) to provide growth capital to women-led and focused SMEs throughout SEAF’s 20+ country network.

Finally, CEED also expanded its network in Africa, establishing two new chapters in Tanzania, but more on that below.

In Central and Eastern Europe, SEAF completed three new investments. The SEAF Serbia Impact Fund B.V. closed an investment in AVB Team, one of the leading facility management service providers in Serbia. The SEAF Macedonia II Fund closed two investments. The first was an investment in Extra Funghi, a company engaged in the procurement, processing, and export of organic produce such as wild mushrooms, forest fruits, and other agricultural products in the Republic of North Macedonia. The second was an investment into Eko Plast, a leading Macedonian company engaged in the recycling of “PET” waste plastic bottles and the production of PET flakes from this waste.

In Asia, the SEAF Women’s Opportunity Fund (SWOF), a fund making gender lens investments, completed four investments. The first was in Beau, a leading local artisanal bakery and café founded by Talita Setyadi with the mission to raise the standards of quality and ethics in the food and beverage industry in Indonesia by nurturing and growing local talent. The second was in Ellana, a natural ingredients cosmetics company located in the Philippines. The third investment was made into CloudCFO, an accounting services firm also located in the Philippines. SWOF also completed a follow-on investment in Organica, a leading Vietnamese retailer, and wholesaler of organic and natural foods and beverages.

In addition, SEAF Bangladesh Ventures completed two follow-on investments in two of its portfolio companies. The first was in Digicon, a Business Processing Outsourcing (BPO) company in Dhaka. The second follow-on investment was into Devnet, also a BPO company providing services to corporate and government clients.

In the MENA region, the SEAF Morocco Growth Fund (SMGF), an investment fund investing in innovative companies with high growth potential, closed investments in five companies, two of which were follow-on investments. The first follow-on investment was in eDukaty, a Morocco-based EdTech company offering live virtual test preparatory classes to students in Morocco, France, Senegal and any other country where there is interest in preparing for competitive French standardized examinations. Another follow-on investment was also made in 3Dental, an innovative healthcare company with proprietary technology for dental implant surgery using 3D software and printing techniques.

SMGF’s third investment closed was in Meilleur Credit Immo, a free, online financial services broker providing its clients with access to the best available offers for mortgages and which platform prepares mortgage applications to a number of Moroccan banks with higher levels of completion, accuracy, and significantly faster time.

The Fund also closed an investment in Mazma, a fintech company that provides Moroccan citizens secure and efficient payment options either via modern networks such as gas stations, electronic cash registers or through traditional trade networks such as corner shops through their point of sales terminals. Mazma serves especially the more than 80 percent of Morocco’s citizens who do not have access to credit cards or even banking services.

The Fund’s final investment in 2019 was into SOWIT, a precision agritech company providing A.I.-enabled decision support systems to African agribusinesses, allowing them to optimize their operations efficiently and sustainably with the use of imagery collected by satellites and drones. SOWIT is already providing services to agribusinesses in five African countries. Additionally, the success of the SMGF led it to successfully raise an additional capital commitment from La Caisse Marocaine des Retraites, one of Morocco’s leading pension funds.

Lastly, in Latin America, the SEAF Colombia Agribusiness Fund closed an investment in Kingo, a leading renewable energy company. The Company uses proprietary technology to deliver and monitor clean, safe, off-grid electricity at a lower cost than existing alternatives to rural communities throughout the region. Kingo’s main distribution channel consists of small, local shopkeepers selling prepaid solar credit to customers, which, together with its unique distance monitoring software, allows the Company to provide electricity to low-density populations in remote communities while providing customers with irregular incomes financial flexibility. Currently, more than 60,000 households in Colombia and Guatemala receive their electricity through Kingo.

SEAF achieved four exits across three continents in 2019. SEAF Bangladesh Ventures completed an exit in SSD Tech, a financial services accounting software firm with operations in Bangladesh as well as in Malaysia. The SEAF’s Sichuan SME Investment Fund concluded an exit from Futian, a specialty refractory materials company in Chengdu. In Colombia, SEAF exited a portion of its investment in Andres Carne de Res, an iconic restaurant chain. The investment was originally made through SEAF’s Fondo Transandino Colombia, the country’s first foreign private equity fund. And in Albania, the Southeast Europe Growth Fund II closed a sale of the country’s largest cable operator, Abcom, to Vodafone Albania. 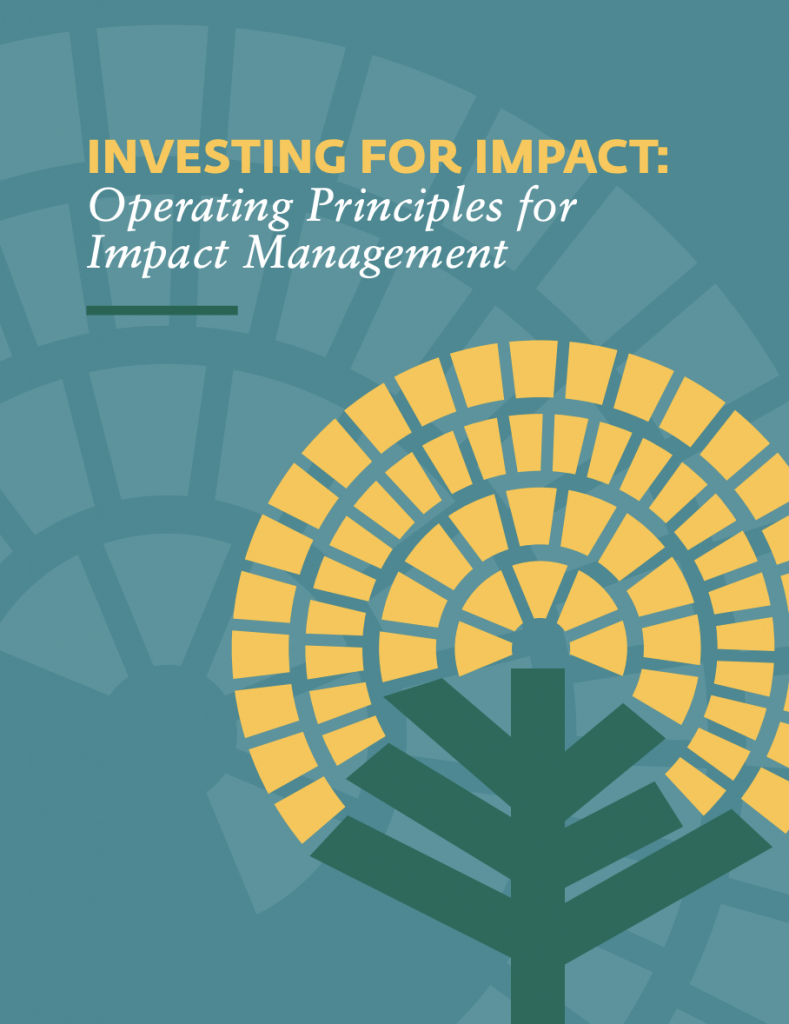 Also, in 2019, SEAF announced its agreement to the IFC Operating Principles for Impact Management. The Principles, developed by the IFC in partnership with leading assets managers, asset owners, development banks and other financial institutions, serve as a guiding framework for impact programs worldwide. We look forward to formally becoming signatories and to following the Principles to bring greater transparency, discipline, and industry alignment to all our impact investments.

In 2019, CEED enterprises across 10 countries were able to create over 4,500 jobs and saw an average revenue growth of 17 percent.

This year, CEED continued to build out the new chapter-based model of its program. This model allows entrepreneurs to start a CEED chapter in their own cities, whereas the traditional model was based solely in the country’s capital city. This new approach allows CEED to spread its global network of entrepreneurs beyond capital cities and into secondary and tertiary cities, as well as to speed up the generation and dispersal of entrepreneurship training content. In 2019, CEED added active chapters in Dodoma and Morogoro in Tanzania.

CEED entrepreneur, Archard Kato, Managing Director and Owner of wine producer Alko Vintages, is an active member of CEED Tanzania in Dar es Salaam, and shared his insights with the Dodoma Chapter in October. He expressed how important the opportunity to learn from his fellow entrepreneurs through CEED Tanzania was and encouraged new chapter members to take advantage of the organization’s network.

In August, CEED’s global team met in Vienna, Austria to exchange best practices, lessons learned, and to develop strategies for the coming year. The meeting highlighted each Center’s accomplishments, with deep dives on why segmenting matters, how to run a peer group and a discussion on how the organization will measure and manage its impact.

In October, CEED leveraged its local centers in Morocco and Tunisia launched the MENA FinTech Catalyst Program, funded by the U.S. Department of State, Bureau of Near Eastern Affairs, Office of the Middle East Partnership Initiative. Both centers are partnering with local and international corporations to encourage local entrepreneurs to address market gaps in the FinTech sector. The program was modeled after CEED Morocco’s Bridge program. In Morocco, the third iteration of the Bridge program is underway, pursuant to which to date eight of the 30 CEED start-ups who have completed the program have received growth capital.

For more about what CEED accomplished in 2019, and for a message from Global Director Peter Righi, read CEED’s end of the year newsletter here.

Other News and Notes

SEAF won the AVCJ’s Responsible Investment Award for its work with Organica, a Vietnamese organic food producer and retailer.Each year, the AVCJ, Asia’s leading source of information for private equity and venture capital, highlights the industry’s best performing and most innovative firms, professionals, exits and fundraises. The Responsible Investmentcategory was introduced to recognize the outstanding environmental, social and governance practices in an Asia-based business.

Thank you to all our supporters who have helped us to achieve such a significant impact in underserved markets through local entrepreneurs. We look forward to the next 30 years!