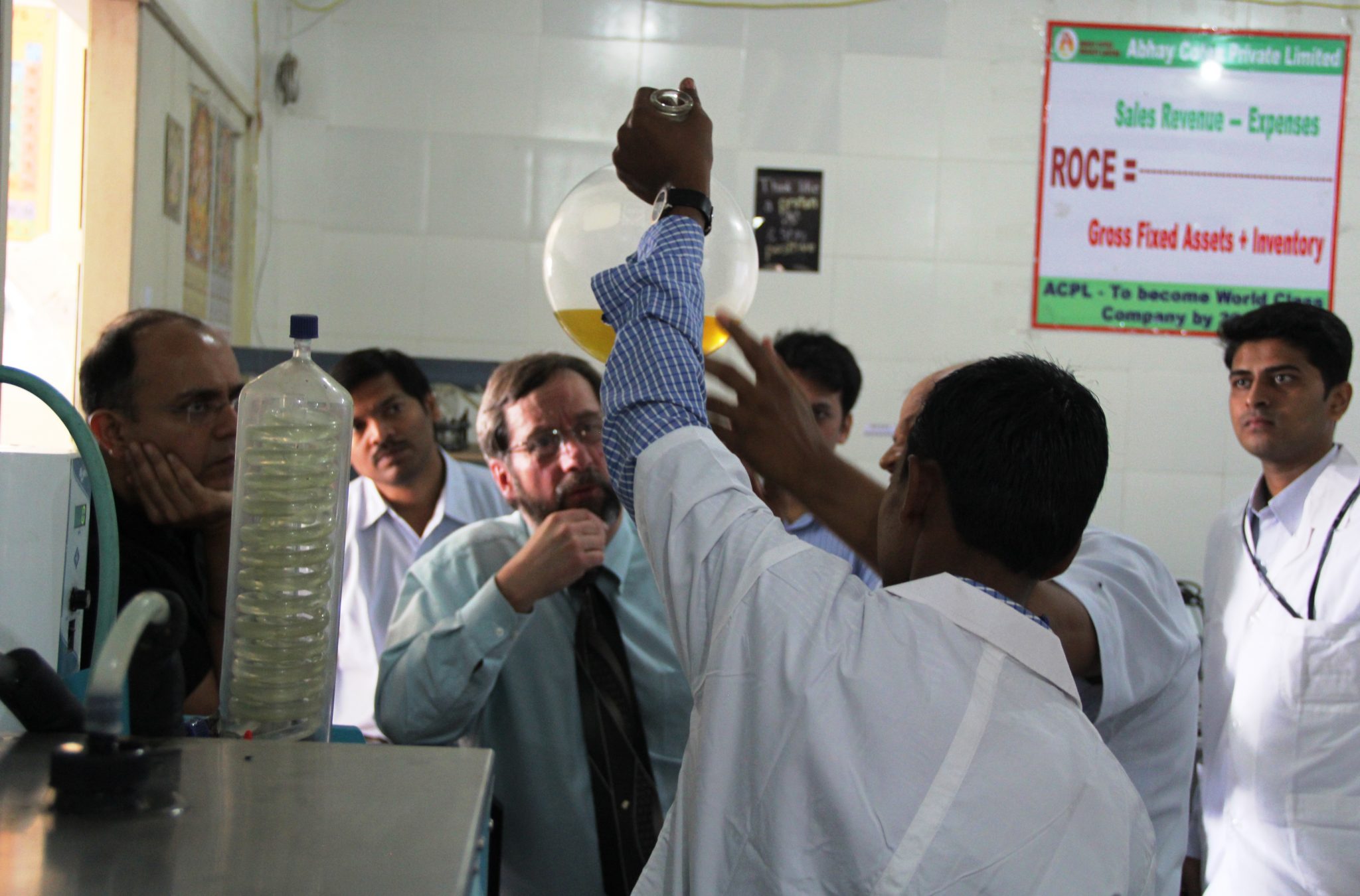 Posted at 01:07h in Asia, India, News by admseaf
Share

May 9, 2016 – Abhay Cotex Private Limited (ACPL), one of India’s fastest growing animal nutrition companies and a SEAF India Agribusiness Fund portfolio company, has announced its first foray outside India. ACPL has entered into a technology licensing and joint venture agreement with Afrisian Ginning Ltd. (AGL) regarding the licensing of ACPL’s patented process technology. The joint venture will bring ACPL’s multi-input technology to Tanzania, wherein AGL will use it to process cottonseeds, sunflower seeds and soybeans to produce high quality proteins and edible oils with enhanced biologically active micro nutrients.

“ACPL’s technology optimally processes the locally available resources in terms of proteins for all animal feed and edible oils for general use” said Ashish Mantri MD of Abhay Cotex. “Its low energy, low water usage technology directly benefits the nutritional aspect of its products, while providing a substantial cost advantage for the customers. In Tanzania, as in India and likely other countries, we expect the technology we have developed will reduce imports and enhance the self-sufficiency of the country in terms of nutrition.”
ACPL is excited to partner with Afrisian Ginning Ltd., a leading agribusiness group in Tanzania with extended operations in Southern Africa including Malawi, Mozambique, Zambia, and Zanjibar. Building the company around the core principles of honesty, dedication, and quality, AGL has acquired a strong customer base throughout the Middle East, the Indian Sub-Continent, the Far-East, and Sub-Saharan Africa.

The joint venture with ACPL will aide in Afrisian’s future growth plans, as well as the modernization of agribusiness in Tanzania. “Abhay’s Novel Technology will add substantial value to agribusiness in Tanzania, which in turn will benefit entire value chain of protein and edible oils from the farmer to the processor to the customer” stated Samir Ismail CMD at AGL. “We believe the joint venture will make a substantial contribution to improving the ability of the Tanzanian agri-sector to reduce imports and waste.”

The venture is part ACPL’s goals to impact the global agribusiness sector through innovative, scaleable technologies. D A Prasad, CEO & Director of Abhay Cotex said that “We are excited that ACPL’s continuous innovations in secondary agriculture for developing low CAPEX, low cost & high value agri-products will now be scaled up globally to meet the needs of global population. This is the first step of ACPL in the global arena to fight the issue of malnutrition.”

In addition to significant environmental and social benefits, ACPL has realized sustained financial growth since SEAF’s investment. In FY 2016, the ACPL Company achieved an annual turnover of close to INR 4750 mn (USD 68 Mn), representing a compound annual growth rate of nearly 40% since FY 2011. ACPL’s focus on alternative proteins, which cater to cattle, poultry and aquafeed sectors, as well as refined oil and various by-products obtained through its novel refining and purification processes, provide ample opportunities for the company to create products that can meet their customer’s needs and impact global consumers, as realized in the venture with AGL.

Bert van der Vaart, co-founder & CEO of SEAF, said “We are happy that ACPL is realizing its potential in changing the ground rules for animal feed not only in India but also the rest of the world. We are also delighted Afrisian has decided to partner with ACPL to enter the Tanzanian market. We believe Afrisian is the ideal partner in Tanzania.”

About Abhay Cotex
Abhay Cotex Private Limited (ACPL) is a leading agribusiness located in Maharashtra, western India. Since 2010, the company has developed novel process technologies in the area of alternative proteins, edible oils and vitamin E. Over the last five years, the Company has filed 28 Patents and has been granted two process Patents in the field of alternative proteins and edible oils. The Company has received various recognition and awards; viz., “Best Innovative Company in Agribusiness sector” by FICCI and the Government of Andhra Pradesh. The Company’s shareholders include the Mantri family from Jalna, D A Prasad, and the SEAF India Agribusiness Fund, among others. www.abhaycotex.com

About Afrisian Group Tanzania
AGL started business as a cotton ginner in 1997 and gradually increased its trading activities both within the cotton sector and beyond including oil seed crushing, rice milling, cleaning and export of various agro based commodities, headquarters located in the port city of Dar es Saalam, Tanzania with an extensive purchase network, infrastructure, and providing a reliable market for the Tanzanian farming community. www.afrisian.com

About SEAF
SEAF is an SEC registered investment adviser to international private equity funds through which it has invested growth capital and provided business support to growth-oriented SMEs in frontier and emerging markets. Having made more than $400 million in SME investments across a wide range of sectors, SEAF funds identify and support promising entrepreneurs while seeking to provide attractive returns to its investors. SEAF manages its funds, including the SEAF India Agribusiness Fund, through a network of 25 offices around the world, with its headquarters in Washington, D.C. www.seaf.com