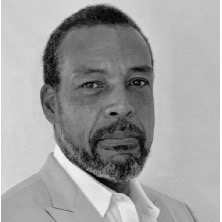 Gerry Johnson joined SEAF as a Senior Advisor for SEAF’s Caribbean Initiatives in 2019 with the formal launch of the SEAF Caribbean SME Growth Fund. He also serves as a partner in an investment facilitation company, as a senior policy advisor to the Minister of Finance and the Public Service in Jamaica, and as the regional representative for an international firm specializing in trade facilitation. From 2010 to 2016, Gerry was General Manager of the Caribbean Country Department of the Inter-American Development Bank (IDB), supervising all country offices, forging strategic partnerships with sovereigns, development banks, and regional organizations and building the largest development lending program in the sub-region. Previously, he served as Country Representative of the IDB in Jamaica, Haiti, and Guatemala, and as a director of the Compete Caribbean Program. He is currently a Commissioner of the Jamaican Financial Services Commission. Gerry holds a BA in Economics from Georgetown University, a Post Graduate Diploma in Economic Analysis and a Master’s in Economics from the University of Kent at Canterbury.