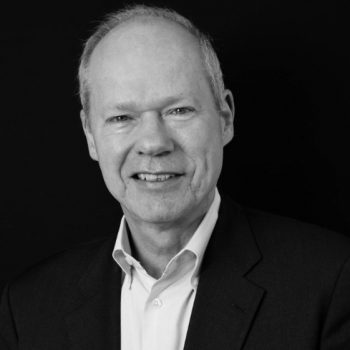 Bert van der Vaart is the co-founder and co-CEO of SEAF, leading SEAF’s global operations, including fund launch efforts, and also serves as a member of SEAF’s Global Investment Committee. Bert co-founded SEAF in 1989 when it was known as the CARE Small Business Assistance Corporation (CARESBAC). In 1992, he negotiated the establishment of CARESBAC/SEAF’s first fund in Poland, which grew to $16.8 million total capital under management under his leadership as the fund’s Director General. While serving as Director-General of CARESBAC-Polska from 1994 until 1997, the company completed 27 SME investments and realized its first 6 exits. In 1997, Bert was appointed CEO and President of SEAF, where he has since been involved with the establishment and supervision of every SEAF fund. In 2008, he became Executive Chairman of SEAF’s Board of Directors and became associated with Discovery Global Citizens Fund, an international investment firm. Bert moved to New Delhi, India in 2010, where he directed the initial phase of SEAF’s India Agribusiness Fund, completing his work in 2012. He continues to serve as a member of SEAF’s Board of Directors.

From 1984 through 1994, Bert was a Partner and Associate with Gibson, Dunn & Crutcher in Washington, D.C, Frankfurt, and Brussels where he specialized in corporate and financial transactions. Prior to working for Gibson, Dunn & Crutcher, he was a management consultant with Bain & Company in London and Munich. Bert co-authored “Defining SMEs: A Less Imperfect Way of Defining Small and Medium Enterprises in Developing Countries” in Brookings Global Economy and Development, September 2008. He holds a J.D. from Yale Law School, where he also studied finance at Yale School of Management. His other academic achievements include a B.A. in Politics and Economics and an M.Phil in Economics from Oxford University, where he was a Rhodes Scholar, and a B.A. from the University of North Carolina, where he was a Morehead Scholar. A dual citizen of the Netherlands and the United States, Bert speaks Dutch, English, German, French, and some Polish.