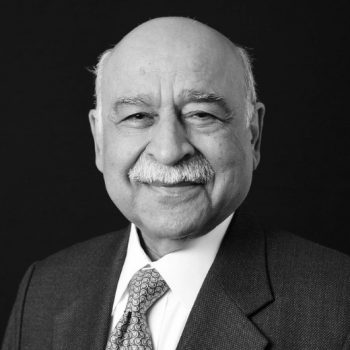 Chairman - Board of Directors

Javed Hamid joined the Board of SEAF in 2013, and was elected Chairman in 2016. Currently serving as a Senior Advisor to the International Executive Service Corps, Javed spent the majority of his career at the International Finance Corporation (IFC) of the World Bank Group. At the IFC, Javed served as a member of the Management Group and Director for the East Asia and Pacific Region. He has also served as senior advisor and board member of several companies across the globe, and is a non-resident Fellow of the Brookings Institution in Washington, D.C. Javed has been a regular speaker at the World Economic Forum as well as a contributor to the Asian Wall Street Journal, the Far Eastern Economic Review, and many academic journals. He was a founding director of the first privately-financed university in Pakistan, the Lahore University of Management Sciences. Javed has a degree from the University of Punjab, and advanced degrees from the Harvard Business School and Cambridge University.